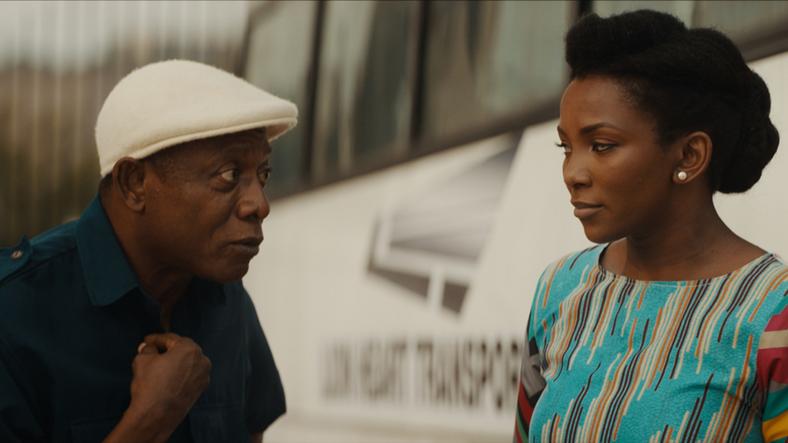 Movie Review: Lionheart is a remarkable display of rare Nollywood eleganceLionheart excels most prominently at weaving magical moments out of the most mundane things.

Past midway through Lionheart, right before the final act commences, the Obiagus sit for dinner, a scene that’ll go down as one of the most enthralling four minutes in the history of Nollywood filmmaking.

The dinner scene, enhanced strikingly by the lavish exhibition of the Igbo culture, is a terrific, heartwarming display of familial harmony. This spellbinding scene arrests the viewer’s attention with its style, simplicity and the utter disregard for the temptation to simply move the plot along.

With her directorial debut, ageless Nollywood veteran, Genevieve Nnaji, perfectly blends an innocuous plot with a richness of elegance that shines through and stuns in ways not a lot have been able to do in the industry. No wonder Netflix could not resist her charm.

Lionheart tells the story of the Obiagus, a family in the transport business that encounters a financial crisis and has to be saved by the smarts of its heiress, Adaeze (Nnaji) and the understated shrewdness of her uncle, Godswill, played by the magnetic Nkem Owoh.
Lionheart’s ensemble cast itself is dipped in the wealth of experience that could have produced nothing but the exceptional result that’s on display.
Pete Edochie is Ernest, the patriarch who has to sit on the sidelines after a health setback limits him to be nursed back to health by his wife, Abigail, played by the enigmatic Onyeka Onwenu who guards him jealously.
Even though Lionheart’s central plot revolves around the Obiagus’ financial troubles, it’s more about the family’s spirit of togetherness than about its failing business. The movie resonates with viewers because it tackles themes of love, of family and of duty.
Despite her disappointment with her father’s initial decision to not entrust her with the family business, Adaeze, with her mother as her counsel, has to pick herself up and save the family business from wolves in the form of an insider and a business rival.
Kanayo O. Kanayo commands an imposing presence as Igwe Pascal, an opportunistic business rival who’s ready to pounce at the hint of blood. His performance is nothing less than you would demand of a man who’s spent the bulk of his years onscreen being the bad guy.
There are a few chinks in Lionheart’s armour, enough for some to argue that it is incredibly flawed.
Despite having five credited writers (including Nnaji), the central plot could have been better with some much-needed tension, even when it creates the opportunities to explore them. There are moments that could have been better pieced together, the tone is sometimes uneven, and the plot, sometimes, predictable.
However, these chinks only prevent Lionheart from being a perfect movie. They don’t prominently get in the way of its elegance and the viewers’ appreciation of it.
The movie’s incredibly accomplished cast is pivotal to holding it together even when ordinary things are on display. This is what makes the dinner scene so iconic that future generations of Nollywood filmmakers will look to it for inspiration.
Lionheart’s most prominent pairing is Nnaji and Owoh, both with decades of experience between them, and both with the magnetism to weave the magic that the movie requires to shine. Nnaji acting as foil to Owoh’s level-headed comic shenanigans creates a balance that makes their pairing one to be impressed with.
To its credit, Lionheart is strongest in its character moments.Owoh and Nnaji’s prominent pairing is one of Lionheart’s best features
Adaeze’s moments with her mother before the dinner scene and her father after the dinner scene perfectly exhibits Ms Nnaji’s Midas touch with weaving magical moments out of ordinariness.
Lionheart’s generous visual worship of Enugu, where the movie is set, is another notch on its well-acclaimed belt with its bilingual mix a captivating attraction.
The grace and elegance with which Ms Nnaji dramatises Lionheart and decks it in visual splendour is one that the Nollywood crowd would, no doubt, demand more of.
Lionheart’s irresistible appeal cannot possibly be adequately captured in mere words, you’d have to watch it to feel it cast a spell all over you.