PLENTYTHINGS.COM.NG
Born Damini Ogulu in 1991, in Port Harcourt, Nigeria, Burna Boy is a Nigerian singer/song-writer. After his primary and secondary education in Port Harcourt, Burna Boy moved to the UK for his university education, where he made an entry into the music business in the mid-noughties.
Influenced by the Jamaican Ragga and Dancehall genre, he composed and performed ragga-influenced tracks in London clubs. In 2010, he returned to Port Harcourt, and moved to Lagos in 2012. 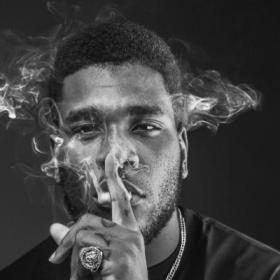 After the modest success of two mix-tapes, Burna Boy found mainstream acceptance with the single ‘Like to Party’. The song made his debut album, ‘Living an Impact For Eternity ( stylised as L.I.F.E)’, which was released in 2013. Wholly produced by Leriq and under Aristokrat Records, the album spawned the singles ‘Tonight’, ‘Yawa Dey’ and ‘Run My Race’, and received a couple of nominations at the 2014 Headies. Following the release of L.I.F.E, Burna Boy became an ambassador for telecoms company GLOBACOM. He later left Aristokrat Records, ending his relationship with producer Leriq.

In 2015, he co-headlined the Hennessey Artistry concert series and performed at the monthly Lagos concert Afropolitan Vibes. The same year saw the artist release his sophomore album ‘On A Spaceship’ on Spaceship Entertainment. Between his albums, singles like ‘Don Gorgon’, ‘Soke’, ‘Check and Balance’ and the D’Banj collaboration ‘Won Da Mo’ kept Burna Boy on radio. Only ‘Soke’ was included on ‘On A Spaceship’ as bonus track.
‘All Eyez on Me’, Burna Boy’s collaboration with South African rappers AKA, Da L.E.S and JR, won him an MTV Awards for Africa trophy in 2015.