Drumming group Tambourinaires du Burundi (the Drummers of Burundi) will perform at this year’s International Francophone Day at Moi Girls Social Hall in Eldoret, Kenya. The 25 March event will also give young performers a platform to show off their talent. 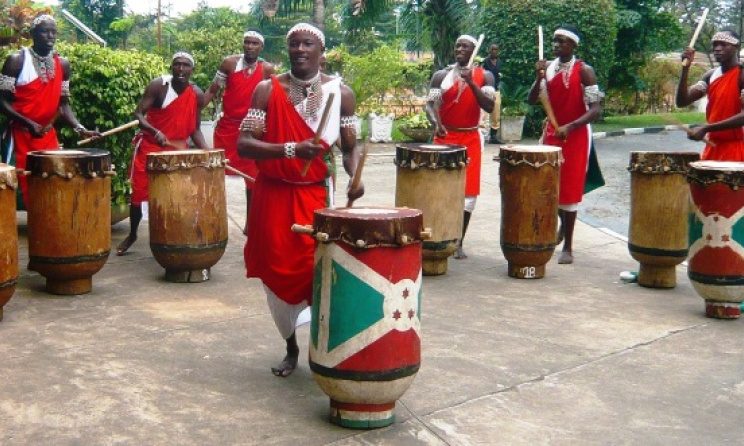 The day is a culmination of about two weeks of activities dubbed Quinzaine de la Francophonie, which involves various activities across Kenya between 11 and 28 March. These will include petanque tournaments, film screenings and a food festival, among others.
Tambourinaires du Burundi is a vibrant dance and drum ensemble that specialises in traditional Burundian music. The group is known for its captivating percussive music mixed with interjections of chants and vigorous dances.

The language cooperation officer at the French embassy in Nairobi, Johann Robinet, told Music In Africa that the organisers of the event wanted to showcase the diversity of French culture to a Kenyan audience.
“Francophonie Day is designed to promote all the countries that are part of the International Organisation of La Francophonie [OIF] to show their different cultures to Kenyans,” he said.
“As you know Burundi is a French-speaking country member of the OIF. Tambourinaires du Burundi were picked because they are a drum and dancing band that promotes Burundi.”
The OIF is an international organisation representing countries and regions where French is an adopted or customary language. It represents countries where a significant proportion of the population speaks French, or where there is a notable affiliation with the French culture.
The aim of International Francophonie Day is to promote the French language by giving it visibility. The celebration also acts as a diplomatic forum with various embassies and international public institutions represented.
In addition, International Francophone Day and its wide-ranging programme offers secondary schools in Kenya and their pupils an opportunity to perform.
A number of this year’s International Francophone Day activities will be held at Alliance Francaise in Nairobi. The educational facility, which was founded in 1949, is responsible for promoting a Kenyan arts. It has hosted well-known Kenyan artists such as Sauti Sol, Elani and comedian Churchill before they found commercial success. Similar cultural events are also held the French embassy.
“Anyone who wishes to perform, kindly let us know. We will have dozens of performances in French by different Kenyan students,” Robinet said.