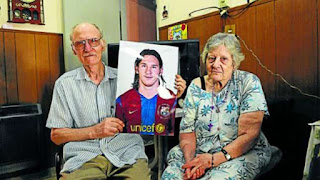 Grandfather of Barcelona star Lionel Messi passed away on Wednesday, February 21 in Argentina.

Antonio Cuccittin is the father of Messi’s mother and was aged 89-years-old before his death
He was said to have falling very ill, before been taking to the hospital in his hometown before, where he eventually passed away. 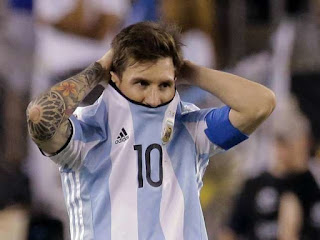 Messi’s grandfather has on several occasions reportedly criticise his sons performance for the Argentine national team.

Messi and Luis Suarez were seen hanging out with former teammate Cesc Fabregas after the champions League game against Chelsea
The Barcelona star showed no signs of grieve as he took to the pitch for one of his best performances against La Liga outfit and Catalan neighbours Girona.
Messi till today still dedicates his goals to his grandmother Celia Cuccittin by pointing to the sky’s anytime he finds the back of the net.
The five-time world player of the year will be in action when Barcelona travel to Las Palmas for a Spanish League fixture.