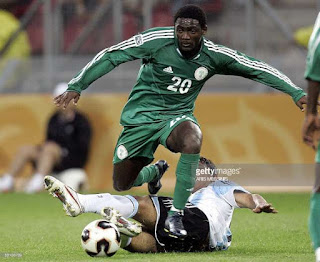 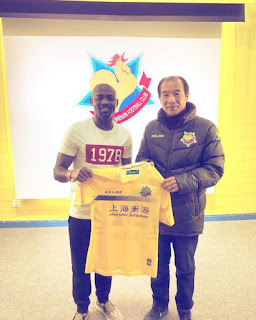 Owoeri played for another Chinese side Baoding Yingli Yitong last season, but has now signed a two-year contract with lower division side Shenxin.
The 31-year-old took to his official Twitter handle to announce his move with a message, “#starboy, it’s official Done deal God is great.”

The midfielder arrives at Shenxin with a wealth of experience. Owoeri has played for several European club sides such as Feyenoord, Westerloo, Åtvidabergs and Bollklubben Häcken.
Owoeri was part of the Flying Eagles team with current Super Eagles captain John Mikel Obi that won the silver medal at the 2005 under 20 FIFA World Youth Championships.
He joins compatriots Obafemi Martins, Odion Ighalo and Mikel Obi who all play in China.
Shanghai Shenxin start their season against Wuhan Zall on Saturday, March 10, and Owoeri could play his first competitive match for his new side.