The governor comments while adressing youths in the state, suggesting that being an armed robber is better than smoking marijuana. 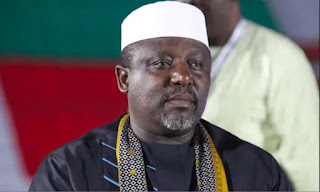 In another feat of leaving us dazed and confused, Imo State governor Rochas Okorocha told youth in his state that it is better to rob people with guns than smoke marijuana.

This week’s flop is the Imo State governor for making a statement that makes you want to run into the open and cry loudly about Nigeria and the people we have put in power.
This lapse in judgement was found in a video retrieved online from one of his public conversations with the state’s residents.
Speaking to a cross-section of young people in the state, Okorocha was addressing the people in Igbo about developmental plans he had for the state.
ALSO READ: What does it mean to decriminalize marijuana?
Perhaps, in a bid to share his views on the influence of drugs on the state’s youth, the governor equated carrying weapons and robbing people of their money to smoking marijuana 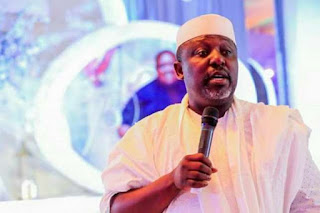 The good governor said, “ You all know what the law says about Marijuana(weed)? Weed has killed my Children in Imo state. Anybody selling weed or consuming it, that person’s house will be demolished.”
“Where we are now, it is better for someone to be an Armed Robber than to Smoke weed… ”
YIKES!
In what world, pray tell, can smoking the world’s most commonly used recreational drug be worse than threatening and attacking people with weapons and taking their money and belongings, thereby committing a series of crimes that can land you in jail for the rest of your life?
ALSO READ: Tramadol is at the centre of Nigeria’s drug problem
For someone who has dipped his entire body in controversy over the past few months, you’d expect statements like these to come in next to no supply.
The governor was first berated for spending tax-payers’ money on a batch of statues in honour of African presidents. One of those presidents, South Africa’s Jacob Zuma may soon be impeached for massive corruption allegations.
To welcome us into 2018, Okorocha then appointed his relation, Ogechi Ololo to the newly created role of Commissioner for Happiness and Couple’s fulfillment. 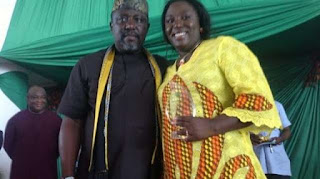 Heaven knows we deserve better than leaders like these who act and talk as if they live in an echo chamber/
At best, Governor Okorocha’s comments are insensitive and reckless.
Few people can confidently deny that Nigeria, Imo State inclusive, is dealing with a serious drug problem among youths.
Yet to equate that to armed robbery is a giant leap, one that is completely devoid of logic.
Governor Okorocha needs to better, for his own sake.