PLENTYTHINGS.COM.NG
Cultural Appropriation
Not long after the dance became a national trend in December, Olamide released “Science Student”, thanks to his wider reach and influence, the song has gone considerably father than the original theme songs. 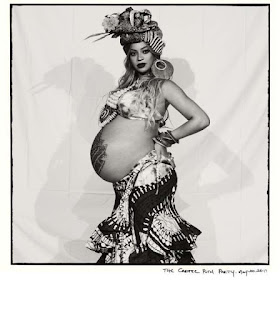 So have his Instagram and Youtube dance videos, where Badoo has been seen dancing Shaku-Shaku like he got the blueprint from the Gods.
One of those videos has now been watched over 50,000 times. It is why, for a lot of people who are just becoming familiar with the entire movement, Olamide is the father of Shaku-Shaku.
There’s a common saying that nothing beneath the skies is original; all form of art and culture is built out of necessity or by borrowing from different cultures.
ALSO READ: How I tried ‘Shaku-Shaku’ and ended up breaking my knee
It is why the lines are blurry; it is hard to distinguish an inspired and informed individual from a culture vulture.
Take the father of globetrotting and inspiration, for instance.
Since he climbed to the top of the American pop and hip-hop charts, Drake has sustained his position by drawing inspiration from across the world.
After borrowing Wizkid, Sarz and DJ Maphorisa for his global hit, Drake took his shop to theUnited Kingdom and built the core of his album around some of the most influential sounds and names from that country’s scene.This week, Pulse’s Joey Akan wrote about how Nigerian dancehall/reggae/alternative/afro-pop/etc artiste Burna Boy ‘influenced’ Drake’s choice of “More Life” as the title for the album.
It turns out Burna had recorded 5 songs for the latter’s album, one of them was titled “More Life”.
Remember when we talk about credit and culture vultures? Drake did not acknowledge Burna on the album; the one song he picked was cut down and chopped with the Nigerian act’s voice barely appearing at its end.

Meh, nobody can own inspiration

To be fair, today’s world has blurred borders both on land and in the mind.
In doing the most mundane things such as scouring Youtube or surfing for music, you are likely to come across stuff from different continents and sub-cultures in mere minutes.
Content and the elements of various cultures are flying around the place. And naturally, we tend to be inspired by what we see and enjoy, regardless of where it comes from.
It is why years after she began to project the image of the strong African female, Beyonce became a poster star for Fela’s music at her baby shower and used Laolu Sebanjo’s face paintings in the video for “Sorry”, off her Lemonade album

It is why in a way, everyone is a culture vulture. We adopt the things that inspire or interest us, regardless of whether or not we know or understand the origins.
ALSO READ: The full story of how Drake cut Burna from his “More Life” project
In certain cases, those things become a part of our identity and when people begin to associate them with us, it is easier to just let it slide and accept the praise.
What does it mean to be a culture vulture? It means to be open to inspiration, regardless of where it comes from.
Giving credit, though, is another issue that can determine the difference between a healthy relationship with one’s influences and being a literal vulture.
Try not be a vulture.