PLENTYTHINGS.COM.NG      2PAC  WE REMEMBER HIM  THE BEST PASSED RAPPER HE IS AN A LEGEND .DIED 13 September 1996 ALL EYEZ ON HIM 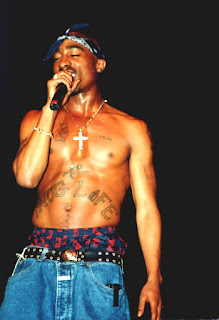 Who was Tupac Shakur, how was he killed, what are the murder conspiracy theories and deathbed revelations?

There have been dozens of conspiracy theories about the iconic 90s rapper’s death… with some insisting he’s still aliveTUPAC Shakur was an iconic American rapper, record producer and actor in the 90s whose death is still the subject of much debate. 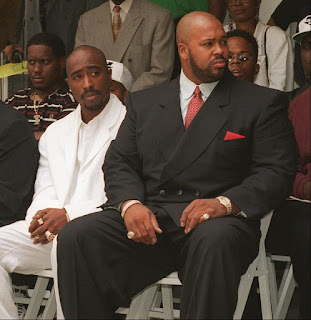 His life was cut short when he was shot dead at the age of 25, but he’s still ranked as one of the greatest and most influential rappers of all time.Lesane Parish Crooks was born on June 16, 1971, the son of a former Black Panther activist Afeni Shakur.
He was better known to his fans as Tupac or 2Pac.
Hailing from Harlem, New York, the rap star’s All Eyez On Me and his Greatest Hits are among the best selling albums in the US.
The artist, who has sold more than 75 million records, consistently tops the polls as one of greatest of all time.
He became embroiled in the East Coast-West Coast hip hop feud, involving New York’s Bad Boy Records and the Los Angeles-based Death Row Records.
The Notorious B.I.G, aka Biggie Smalls, was Tupac’s former friend until Pac was shot and robbed in the entrance of a New York recording studio in 1994.
Tupac later accused Bad Boy rapper Biggie, who was recording at the studio at the time, and the label’s founder P Diddy of involvement in the robbery-shooting which both men denied.
Biggie Smalls was also killed in a drive-by shooting in LA just six months after Tupac’s deathOn the night of September 7 1996, Tupac was gunned down in a drive-by shooting in Las Vegas as he headed to a gig at Club 662.
Death Row Records boss Suge Knight was driving the car and 2Pac was a front seat passenger as they led a convoy of cars.
A shooter in a white Cadillac, which pulled up on the right hand passenger side of Tupac’s BMW at traffic lights, opened fire at 11.15pm.
The star was hit four times times – in the chest, arm and thigh – and died six days later..The bullet-riddled car the tragic star was travelling in at the time of the hit
Hours earlier Tupac and his entourage had watched boxer Mike Tyson fight Bruce Seldon at the MGM Grand casino.
Afterwards in the lobby, Tupac and his crew – some of whom were associated with LA gang The Bloods – attacked Orlando “Baby Lane” Anderson after Pac threw the first punch.
Compton-based Anderson was reportedly a rival Crips gang member who previously robbed a medallion from one of 2Pac’s entourage.

What is Tupac’s film about?

To mark the 20th anniversary of Tupac’s death, a biopic called All Eyez On Me was released in cinemas on June 30, 2017.
The film, which is named after his hit album, charts the rapper’s rags-to-riches life up until the fatal shooting.
Lookalike newcomer Demetrius Shipp Jr. plays the lead role – and he couldn’t look any more like him.
The film revolves around money, greedy producers and gang violence.
The rapper’s softer side was also laid bare.
It portrays him as a lover and not just a fighter, showing him reading a poem he wrote to a woman by a lake.
Actor Demetrius Shipp Jr, playing the hip-hop legend gazes fondly into the eyes of Kat Graham, playing his high school friend Jada Pinkett.
In the poem Tupac says: “I worry that we’ll grow apart and I’ll end up losing you.”

Tupac Assassination: Battle for Compton about?

Tupac Assassination: Battle for Compton is a new crime documentary, and the director claims he has finally solved the mystery of who killed the rapper.
RJ Bond says he has a confession written by man who was there when Tupac was gunned down, and provided a letter to www.plentythings.com.ng Online. 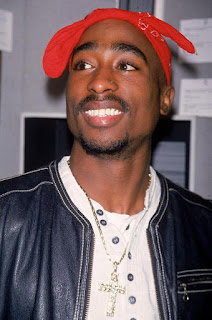 In the unverified letter he tells how he was “told to take night out” – a reference which implies that Death Row Records boss Knight was the intended target.
Knight reportedly says RJ has “nailed” the truth about who killed his friend.A new two-hour TV probe Snapped:Notorious,  obtained by TMZ, features interviews with those that saw the star on his hospital deathbed.
It tells how he nodded when asked if he knew who shot him.
The documentary – to be aired on Oxygen on September 10 – also reportedly claims cops dragged their heels during the investigation.
The first cop to arrive at the scene of the shooting, Sgt Chris Carroll, has previously told how the rapper infamously said “F*** you” when asked who shot him, before slipping into unconsciousness.According to rumours, yes he is – but is it just a big hoax?
The internet exploded when a picture of Rihanna with Tupac emerged in 2012, but experts say it’s just clever use of Photoshop.
Especially given that Tupac seemingly he hasn’t aged a day in 20 years…
There have been a number of conspiracy theories that he faked his own death and has since been hiding out in Cuba.
Last year, retired police officer David Myers claimed he was paid £1.2 million to help Tupac fake his death.
Another theory, made in a sensational new book, is that Tupac’s murder was “orchestrated by the CIA” in reaction to the wordsmith politicising street gangs.
Many fans want to believe he’s still alive – but others want the whole thing put to bed, so Tupac can rest in peace.