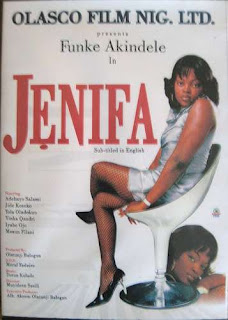 Funke Akindele has been listed among the full cast of the “Avengers: Infinity War” on IMDb, and Nigerians are reacting on social media.

The actress, who is most popular for her role as Jenifa in “Jenifa’s Diary,” has been cast as a member of Dora Milaje, Wakanda’s all-female special forces unit from the “Black Panther” comics.
Funke Akindele is yet to confirm or deny this story. Pulse has reached out to Funke Akindele and her publicist for a statement on the trending story.
If this story is indeed correct, the casting would make her the first Nigerian actress to feature in a Marvel film. In the anticipated film, all superheroes in the Marvel cinematic universe assemble to defeat a powerful supervillain, Thanos. 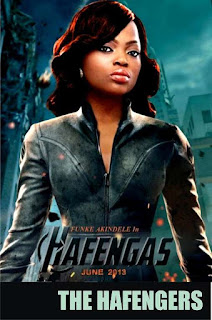 Akindele was listed alongside other cast of the movies, including Chris Evans, Chris Hemsworth, Robert Downey Jr, Scarlet Johannson among others.
The last Avengers move ‘Age of Ultron‘ raked in $1.4bn at the box office which made it the 21st movie to ever cross the $1bn mark at the box office.
Funke Akindele is one of Nigeria’s finest actresses. With a career that has spanned two decades, Akindele has many hit movies in her filmography.In 2008, she released her biggest movie yet, Jenifa, the humorous tale of a village girl with ambitious dreams and funny mannerisms. The hit movie produced a successful sequel and a TV series that is still ongoing.