Mercy Aigbe Actress calls out the designer of her red dress

Actress calls out the designer of her red dress 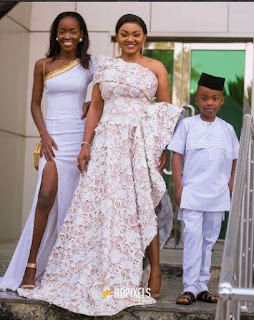 Mercy Aigbe speaks about the controversial red dress claiming it was the fault of the designer. 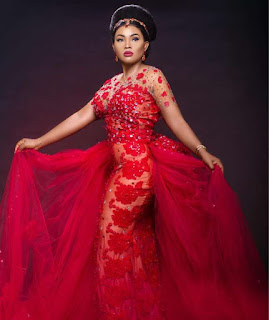 Mercy Aigbe has come out to speak for the first time over the controversial red dress she wore for her birthday photo shoot. 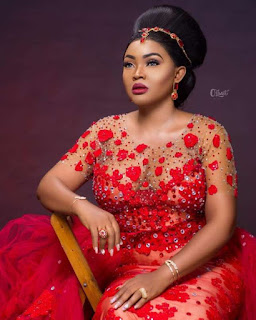 While granting an interview with TVC Entertainment Splash, the beautiful Yoruba Nollywood actress said she sympathised with the bride and feels she shouldn’t have gone through what she went through in the hands of the designer, Rikaotobyme.
“I’m so disappointed in her because she did not handle the situation professionally. It’s all her fault and she needs to come out and clear the air and look for a way to compensate the bride and she also has to compensate me because I’m her client,” she said.
According to Mercy Aigbe, she feels people didn’t even wait to hear her own side of the story as she didn’t even have any contact with the designer rather it was her stylist who hooked her up with the dress.
ALSO READ: Mercy Aigbe  stuns at 40th birthday party (Photos) 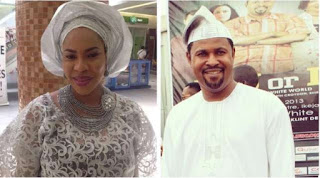 It would be recalled that Mercy Aigbe broke the Internet when she posted pictures of her on a red dress for her pre-birthday photo shoot but was called out by a certain lady, @RettyPety who claimed to be the original owner of the dress.

Mercy Aigbe had her 40th birthday party on January 1st, 2018. The occasion was attended by a number of celebrities and colleagues of the actress. The high point of the occasion was then when the actor, Saheed Balogun and his ex-wife, Fathia Balogun took to the dance floor together followed by Saheed spraying Fathia some cool cash.