Another Nigerian man has been killed in South Africa bringing the number of Nigerians so far murdered in that country to over 100 this year alone. 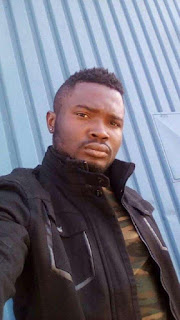 Barely two weeks after two Nigerians were murdered in South Africa, another 26-year-old Nigerian, Chidiebere Nwaojiekwu, has been reportedly stabbed to death during an argumentthat arose over his rent arrears.

According to Nigerian journalist based in that country, Peter Agba Kalu, Nwaojiekwu who hailed form Unubi town in Anambra State, was stabbed at Galeshewe, Kimberly, a town in Northern Cape, on Friday, December 1, 2017, by thugs engaged by his landlord.
ALSO READ: “Endless Xenophobia: 2 Nigerians killed again by South Africans in 48 hrs”
Kalu narrated that the sad incident occurred when the landlord demanded his rent and in the process, an argument ensued between them, which led to a fight. The angry landlord then left and called his boys who overpowered the deceased and started stabbing.
It was learned that when the men descended on him, Nwaojiekwu who was a businessman dealing on mobile phone accessories, ran out of the house shouting for help but the men chased after him and kept stabbing him till he slumped and died.
ALSO READ: “Xenophobia: Another Nigerian killed by SA police”
Nigerians in the neighbourhood were informed and they called the police who came and took the corpse of the victim to a mortuary while assuring the Nigerian community that they will investigate the matter and bring the culprits to book. 100 this year alone.