Fulani herdsmen defend their actions, say their cows were stolen

Garus Gololo said that his members were protecting themselves from cattle thieves. 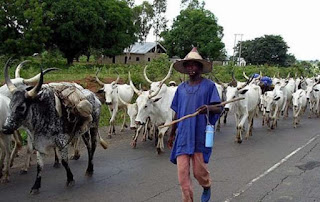 The umbrella body of Fulani Herdsmen, Miyetti Allah Cattle Breeders Of Nigeria (MACBAN) has revealed why its members attacked some communities in Benue state.

According to The Nation Online, the leader of the group in Benue state, Garus Gololo said that his members were protecting themselves from cattle thieves.
Gololo, in an interview with BBC News Pidgin said that 1000 cows from his members as they were relocating to Taraba state.
Also speaking on the issue, the Assistant Secretary of MACBAN, Benue state chapter, Ibrahim Galma said that his members need to be sensitised on the new anti-grazing law in the state.
According to Daily Post, Galma said “We must continue to sensitize the herder, you know that our level of education is another challenge but there is always a solution to every problem. Government has to invest in advocacy and sensitization to prepare the herdsmen.
“Like I said earlier, we could start with semi ranching system backed with intensive sensitization of the herdsmen, gradually we will get to full ranching which I also believe is a good model for breeding cows but we could take it one step after another until it is fully achieved. I have nothing against ranching as a person because it is the best way to go but let’s not do it overnight.
ALSO READ: Benue governor, Samuel Ortom escapes mob attack
“It could be introduced gradually with aggressive campaign and sensitization. Ranching is the best way to go but we need the enabling environment for it to be a reality. The Federal government has to step in for it to work. I believe that at the end of the day the issue would be permanently addressed. 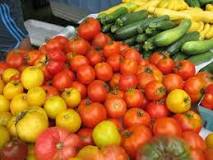 “In Benue state at the moment we are also faced with the challenge of abiding strictly by the provisions of the Open Grazing Prohibition Law. Our people are yet to get used to the new law because of our literacy level so we will need a loot of sensitization and advocacy.”

Meanwhile, a Fulani socio-cultural group known as Miyetti Allah Kautal Hore has condemned the recent attacks in Benue state.
According to the National Publicity Secretary of the group, Alhaji Yusuf Ardo said the perpetrators should be arrested.
Ardo also said “We are peace loving people, we believe in love for one another. Any Fulani pastoralist that doesn’t believe in peace is not part of us.”