Yvonne Nelson looked gorgeous as she stepped out for the first time since giving birth to a red carpet event ever. 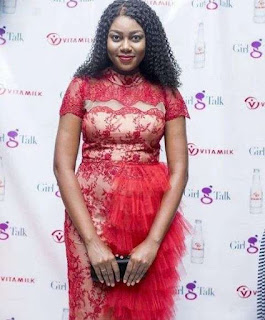 Yvonne Nelson has stepped out for the first time after giving birth to a beautiful baby earlier in the year.

The ever gorgeous actress was among those celebrities who turned up to support the singer, Efya, who had the Bow Out edition of her Girl Talk Concert at the Accra International Conference Centre on Thursday, December 28, 2017.
Yvonne Nelson, as usual, looked like a beauty to behold in a red dress. We can assure you she must have been the toast of the evening.
It would be recalled that the sexy actress reportedly delivered her first child at a health facility in Accra, Ghana on Sunday, October 29, 2017.
Thereafter, there were speculations about who the father of the child was as Yvonne wasn’t married or engaged to anyone.
During an interview with WOW magazine, in an edition where she was the cover girl, Yvonne Nelson revealed she has always nursed the idea of getting pregnant since turned 29. She, however, dismissed the fact the getting a ring on one’s finger is only just a physical activity and does not guarantee fulfilment. 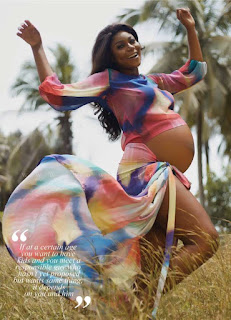 After a while, the identity of Yvonne Nelson’s baby daddy was finally revealed. He is known as Jamie who doubles as a British photographer. Then came the reports that Jamie was already married to a Nigerian woman. 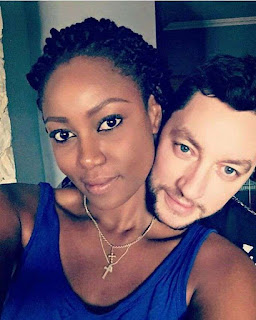 Since the identity of Yvonne Nelson’s baby daddy was revealed