The mockery reflects Taiwan’s delicate political situation as a self-ruling island claimed by China as part of its territory. 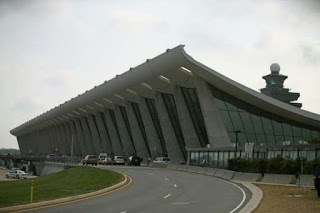 Taiwan has had to scrap 200,000 new passports after an embarrassing design blunder mistakenly swapped an image of an airport in Washington for the island’s main airport.

The head of consular affairs resigned and another official was demoted Wednesday over the fiasco as online pundits joked Taiwan had become the “51st state” of the United States.
The mockery reflects Taiwan’s delicate political situation as a self-ruling island claimed by China as part of its territory.
The US is its main ally and arms supplier, which has angered Beijing.
Online commenters joked that there should now be a vote on whether Taiwan should become part of the US.
“So desperately want to be American… alright, let’s have a referendum,” one user wrote on local media’s Apple Daily’s website.
The new generation of biometric passports were issued Monday with a picture of Washington’s Dulles International Airport on the inner pages, instead of Taiwan’s main Taoyuan International Airport.
The foreign ministry stopped distribution of the 200,000 new passports printed, which cost Tw$80 million ($2.7 million).
It is recalling the 285 that had already been handed out.
In response to the mistake, the director-general of the Bureau of Consular Affairs Agnes Chen and her predecessor Kung Chung-chen lost their posts as they “did not fulfill their supervisory duties,” the ministry said in a statement.
Kung had been Taiwan‘s representative in Canada since last year.
The designers behind the passports drew the images for the inside pages by hand, the foreign ministry said.
One of the designers had wrongly copied from a picture of the Washington airport found on the internet, thinking it was Taoyuan’s Terminal One, adding a tower that does not exist.
Taiwan first rolled out biometric passports in 2008 and the new versions have security upgrades, including a third image of the passport holder.