He said Nigerians should give the APC government time to completely change the country’s fortunes. 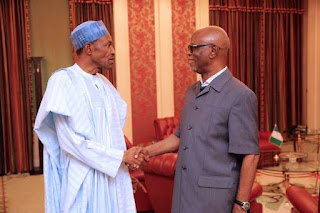 National Chairman of the All Progressives’ Congress (APC), Chief John Odigie-Oyegun, has urged Nigerians to give the party’s ‘change’ agenda time as it took over a ‘totally collapsed country’ in 2015.

While speaking on Thursday, December 28, 2017, at a reception where he was conferred with the Distinguished Political Leadership Award by the Benin National Congress in Benin, Edo State, the APC chairman said Nigerians need to fully understand the change process as more than just fixing infrastructure.
He said, the country as a whole must experience a positive shift in perception and must be consistent to not return to its “bad old past”.
The chairman also praised President Muhammadu Buhari‘s leadership in changing the fortunes of the country from a laughing stock when he took over. 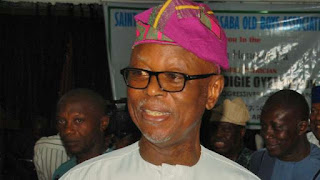 He said, “Change is not bridges. Change is not electricity. Change is not roads. Change is my perception as to what is right and what is wrong, what needs to be done and being faithful in getting it done.
“For as long as we, Nigerians, have the wrong type of morality, the wrong type of ethics, not all the roads in this world will get us out of the economic morass we have plunged ourselves into.
“Change takes time and consistency of application and the resolve not to go back to the bad old days.
“We took over a totally collapsed country. The hope is that things have started to solidify. Things have started to concretise the economy has started to grow.
“It is not a switch; it is something that will take time. But once we are there, this nation will never experience the type of recession we had in the past.
“Until Buhari, we were a laughing stock. Today, we are gaining respectability. So, it is important that we do not lose that momentum.”