The president’s son reportedly crashed his power bike while racing with a friend in Abuja. 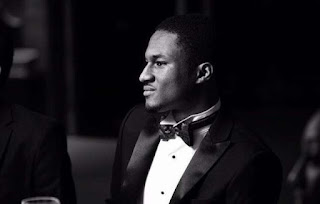 President Muhammadu Buhari’s only son, Yusuf Buhari, is currently hospitalised in an Abuja clinic after suffering a head injury in a bike accident in the Federal Capital Territory on Tuesday, December 26, 2017.

The president’s son reportedly crashed his power bike while racing with a friend in the capital city and is hospitalised at the Cedacrest Hospital in Abuja. 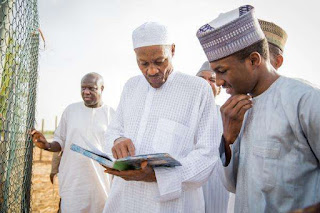 In a press statement signed by the president’s Senior Special Assistant on Media and Publicity,Garba Shehu, on Wednesday, December 27, he revealed that Yusuf has already undergone surgery and is in a stable condition.
He said, “Yusuf Buhari had a bike accident last night around Gwarimpa in the Federal Capital Territory, Abuja. He broke a limb and had an injury to the head as a result. He has undergone surgery at a clinic in Abuja. He is in a stable condition.
“The President and his wife, Mrs Aisha Muhammadu Buhari, are thankful to Nigerians for the good wishes and prayers for their son.”