Abawa said it’s the responsibility of DPR to regulate activities in the oil business, particularly with the current scarcity of fuel across. 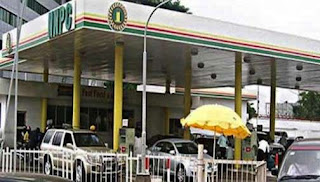 The Department of Petroleum Resources (DPR) has sealed six filling stations across Gombe State for allegedly selling petrol above the pump price of N145 and hoarding of products.

The News Agency of Nigeria (NAN) reported in Gombe on Thursday that one of the stations,Tukur Dahiru Mohammed NIgeria Limited in Billiri, was sealed for allegedly diverting 26,000 litres of petrol.
Addressing newsmen, the Controller of Operations at the Gombe Field Office, Abdullahi Abawa, said the department had embarked on an operation to regulate fuel dispensation , to reduce hardships faced by commuters due to scarcity.
Abawa said it’s the responsibility of DPR to regulate activities in the oil business, particularly with the current scarcity of fuel across the country.
“We had to force some filling stations to open and directed the sale of products to the public.” he Said.
He blamed oil marketers for the predominant fuel scarcity.
“The situation is becoming worse because oil marketers are not cooperating, difficult and inconsiderate.
“Why would anybody like to inflict hardships on fellow citizens.”
He said that his office would not allow impunity to continue .
The controller added that the department would look into the issues that led to the sealing of the stations with a view to enforcing appropriate sanctions.
NAN reports that others sealed were in Gombe and Akko Local Government Area for allegedly selling the product above pump price.
The officials further directed the managers of the other stations to sell the entire product in storage to the public before sealing the station.
Motorists in Gombe commended the DPR for embarking on the operation to regulate the sale of fuel, adding that most marketers were exploiting consumers by jerking up the pump price to as high as N210 per litre.s the country.