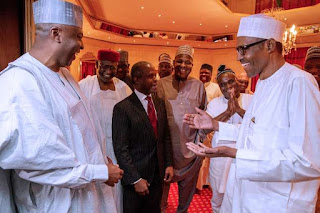 Ok, the senate took to bashing the executive over budget implementation during plenary on Tuesday.

And we aren’t going to pretend that it was pretty.
One after the other, lawmakers took the executive to the cleaners over why the 2017 budget has been so poorly implemented.
“How can we consider the 2018 budget when we cannot get the performance of the 2017 budget? There is no need for us to be in a hurry, the executive arm is not ready for the budget to be passed. Ministry of Power and some MDAs came unprepared”, screamed Sen Yayi Adeola. 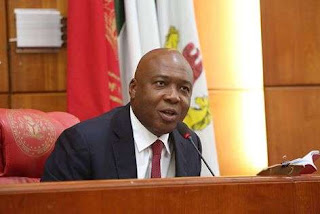 Senator Mao Ohuabunwa said; “we are lawmakers not lawbreakers. We must have to read the MTEF for months before looking at the budget and a minimum of 50% of the budget should be passed before the year runs out. There is no correlation between the 2017 budget and the coming 2018 budget”.

Senate President Bukola Saraki even called Buhari’s ministers ‘irresponsible’ for travelling in December when they should be appearing before lawmakers to explain why the 2017 budget has been so badly implemented.
ALSO READ: FG is broke – Minister says
“Truly it is very disappointing and disheartening to hear the various experiences of the committees. How can anybody in the executive be so irresponsible to pick this period of time to be travelling?”,Saraki asked in disgust. 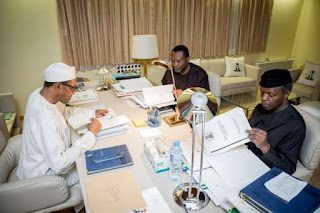 By most accounts, the executive led by president Buhari hasn’t achieved up to 70 percent implementation of the 2017 budget.
The legislature and executive have gone to war on numerous occasions over constituency projects.
Minister for budget and national planning Udo Udoma and president Buhari’s national assembly aide, Ita Enang, weren’t immediately available for comments.