A court last month increased Pistorius’s sentence for murdering Reeva Steenkamp to 13 years in the latest stage of a long court battle since his trial in 2014. 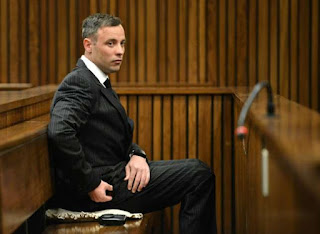 A court last month increased Pistorius’s sentence for murdering Reeva Steenkamp to 13 years in the latest stage of a long court battle since his trial in 2014.
Pistorius shot dead Steenkamp in the early hours of Valentine’s Day in 2013 when he fired four times through the door of his bedroom toilet, later saying that he thought she was an intruder.
“We respect the law. It is Oscar Pistorius’s constitutional right to appeal his sentence. The law must take its course,” Tania Koen, a lawyer for the Steenkamp family, told AFP by email.
Pistorius was originally convicted of culpable homicide — the equivalent of manslaughter — but his conviction was upgraded to murder on appeal.
Pistorius also tried to take the murder conviction to the Constitutional Court, South Africa’s highest tribunal, but it refused to hear the matter.
The year before he killed Steenkamp, Pistorius became the first double-amputee to race at the Olympics when he competed at the London 2012 games.
He suffered minor injuries this month in a brawl over the use of a public phone at the jail where he is held outside the capital, Pretoria.