The move was sequel to a Point-of-Order raised by Sen. Isa Misau during plenary. 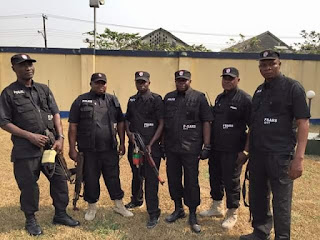 The Senate on Tuesday mandated its Ad Hoc Committee on Security to investigate allegations of human rights abuses against the Special Anti-Robbery Squad (SARS) on the Nigeria Police Force.

The move was sequel to a Point-of-Order raised by Sen. Isa Misau (APC-Bauchi) during plenary.
Misau said that under the Police Act and regulation, the Force Criminal Investigation and Intelligence Department (Force CID) was the highest investigative arm of the Nigerian police.
“For effective and efficient administration, the department is divided into 14 sections for which the Special Anti-Robbery Squad (SARS) is one of them.
“The squad is supposed to be a section in each state command, with sole responsibility of handling armed robbery cases and answerable to the commissioner for police.
“I have in the last few months received petitions from my constituency, both online and physically, against SARS on violence from extra-judicial killing, brutality, torture, arrest, bribery and other menacing conduct by the men of the unit.”
The lawmaker said that findings had shown that the incidents were not isolated as many people had been sharing their experiences on social media.
“We are a civilised society. The majority of the Nigerian Police is manned by men and women of great integrity, discipline and commitment.
“However, this unit is not one of them. It is dangerous for us to have a unit of the police force to act as if it is above the law and empowered to so behave,” Misau said.
He urged his colleagues to take a major decision to end SARS to make way for a more civilised unit that would be built around the rule of law and human rights observance.
“I’m aware that in 2015, the then IG of Police, Solomon Arase, had due to incessant reports of abuses by the force, split SARS into two units with a view to check human rights abuses.
“This indeed was by ensuring that officers cannot make arrest and investigate the same case.”
Misau, however, said the abuses had continued irrespective of that.
He said the Nigeria Police had a major obligation to ensure protection of human rights in all the states of the federation.
“It therefore ought to prevent and investigate corruption as well as misconduct by law enforcement officers and provide accountability for the exercise of their powers.
“I call on this chamber to mandate the ad hoc committee on security to investigate this issue of human rights abuses by SARS and make relevant recommendations.”
ALSO READ: Atiku backs scrapping of SARS
The motion was seconded by Sen. Dino Melaye (APC-Kogi).
In his remarks, the President of the Senate, Dr Bukola Saraki, said it was appropriate for the matter to be sent to the committee for consideration.
“It is clear that something wrong is going on and needs urgent attention. It is happening in all our constituents, and we must be seen to be responsive to some of these needs,” Saraki said.
The Inspector-General of Police, Mr Idris Ibrahim, had on Monday ordered the reorganisation of SARS following allegations of human rights abuses.