The youths argued that SARS is very important to fighting violent crimes in the country. 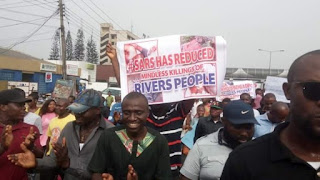 group of youths in Rivers State took to the streets of Port Harcourt to march in support of the Federal Special Anti-Robbery Squad (SARS) of the Nigeria Police Force (NPF), and against the online campaign targeted at eliminating them. 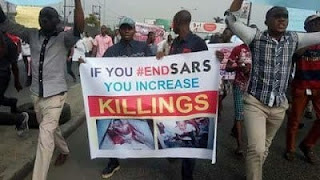 Over the past week, the internet has been awash with a lot of anger directed towards one of the country’s most notorious law enforcement units.
The outrage resulted in the Inspector General of Police, Ibrahim Idris, ordering for a reorganisation of the unit on Monday, December 4. 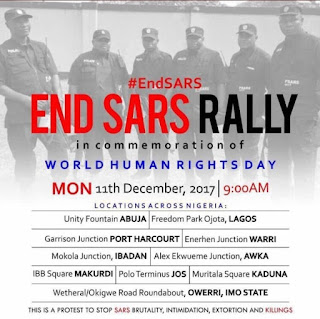 Despite the reorganisation, a nationwide #EndSARS protest is currently ongoing across many cities in the country calling for the scrapping of the unit.
However, the group of youths campaigning for the unit to stay said they’re very important for fighting violent crimes in the country.
The coordinated #EndSARS protests is taking place in cities like Lagos, Abuja, Port Harcourt, Warri, Ibadan, Akwa, Makurdi, Jos, Kaduna and Owerri on Monday. 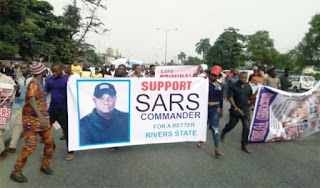 The support of the Port Harcourt youths is in conflict with the attitude of Rivers State governor, Nyesom Wike, towards the unit.
While speaking on Channels Television on Friday, December 8, he alleged that rather than protecting lives and properties, the police unit has been used to serve political and personal agendas.
He said, “I was the one who said the operatives you have in the state are not protecting lives and property. The Head of SARS in Rivers State, whom I knew very well, cannot help the security architecture of the state.
“I have also said these operatives here have a different agenda which is not for them to protect lives and property but to be part of the election process.
“Instead of protecting lives and property, they’re even part of committing criminal activities.”
He also expressed his low confidence in the ordered reorganisation from the office of the IGP.
He said, “I don’t believe in the so-called review, I don’t believe in the so-called restructuring because there’s nothing that’ll come out of it.”
ALSO READ: Nigeria has a SARS problem that needs to go away

Under the new reform, state Commissioners of Police are now the overall heads of the Federal Anti-Robbery Squad nationwide, meaning the unit now operates in the State and Zonal Commands with immediate effect.
The IGP also ordered for all SARS personnel nationwide to undergo a new training program to be organized in collaboration with some Civil Society Organizations (CSOs), Local and International NGOs, and other Human Rights Organizations.