President Donald Trump’s decision to recognize Jerusalem as Israel’s capital might hinder the US drive for an Israeli-Palestinian peace accord, UN Secretary-General Antonio Guterres said Sunday

President Donald Trump‘s decision to recognize Jerusalem as Israel’s capital might hinder the US drive for an Israeli-Palestinian peace accord, UN Secretary-General Antonio Guterres said Sunday. 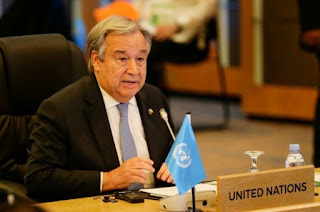 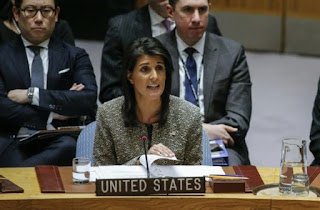 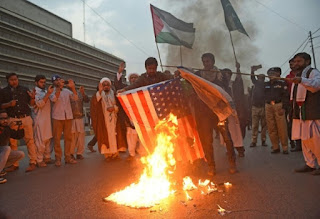 His comments were in stark contrast to those of the US ambassador to the UN, Nikki Haley, who said it would “move the ball forward.”
The new US stance, criticized by Palestinians, Arab leaders and others as gravely damaging any prospects for peace, has given rise to swelling protests across the region in recent days.
Speaking on CNN, Guterres said he was pleased that Trump’s son-in-law and adviser Jared Kushner had been meeting with Israelis and Palestinians on a new peace plan after years of stalemate in the process.
“I am not saying that it will happen, but there was a hope that it would be possible to finally bring this horrible conflict between Israel and the Palestinians to an end,” Guterres said.
She told CNN that Trump was the first US president to have the “courage” to make a move that she said many Americans and others around the world supported.

‘To move the ball forward’

“When it comes to those people (who are) upset, we knew that was going to happen. But courage causes that… I strongly believe this is going to move the ball forward for the peace process.”
When a CNN interviewer asked repeatedly how the change would help the cause of peace, Haley suggested that it would simplify negotiations.
“Now they get to come together to decide what the borders look like, they get to decide the boundaries and they get to talk about how they want to see Jerusalem, going forward.
“I think that the decision that was taken on Wednesday risks to compromise this effort,” he added.
But Haley suggested that fears of unrest over the Trump decision are overblown.
“All we did was say, ‘this is not something we’re going to allow to happen in the middle of your negotiations.'”
Critics of the US shift say it will have the opposite effect: It has long been US policy that the critically sensitive status of Jerusalem — claimed as capital by both Israelis and Palestinians — must be saved for the end of peace negotiations, not taken off the table at the start.
Protests, sometimes violent, have flared across the region since Trump announced the new policy on Wednesday. Two Palestinians in the Gaza Strip were killed in clashes on Friday, and two others died in Israeli air strikes in retaliation for rockets fired from the Palestinian enclave.
On Sunday, a Palestinian stabbed and seriously wounded an Israeli security guard in Jerusalem.
And in Beirut, Lebanese security forces fired tear gas and water cannon on Sunday at several hundred pro-Palestinian demonstrators gathered near the US embassy.