Ex-VP wants to turn ‘Nigeria’ into ‘Naija’ for young people

The former VP has defended his record in governance and his efforts to help the country’s youthful population. 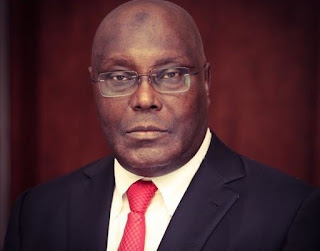 Former Vice President, Atiku Abubakar, has revealed his intention of fixing Nigeria to make the country a great place for young people to thrive as opposed to what they’re currently going through.

The former Vice President disclosed this in a letter that he wrote to comedian, Francis Agoda, popularly known as I Go Dye, in response to the open letter that the comedian had written recently.
In his open letter, the comedian had criticised Atiku for his track record in governance and pointedly criticised his stance on the inclusion of young Nigerians in government.
In his letter, Atiku replied, making a distinction between the old generation of Nigerians and the new ones.
He wrote,  “I do understand your frustration on the issue, however. I tell people my age that to understand young Nigerians, we need to understand the difference between Nigerian and Naija.
“Naija embodies the hopes and dreams of young Nigerians, the country they love and long to go home to when they are abroad.
“Naija is the country that brings them pride in music, film, comedy, fashion, and technology. It is the country of Wiz Kid, Asa, David O, Tuface, the Olympic bobsled team, Iwobi and Don Jazzy Again.
“Nigeria on the other hand, is the country of their parents, the country where leaders are constantly failing them, of Boko Haram, of herdsmen violence, of recessions and joblessness.
“Our young people need us to make our country live up to the aspirations of Naija by fixing the problems associated with Nigeria.”
The former Vice President went ahead to defend his record in governance and his efforts that have greratly benefited the country’s youthful population.

In what was a widely-expected move, Atiku resigned as a member of the APC on Friday, November 24, after months of growing discontent.
In his signed resignation letter, the 71-year-old accused President Muhammadu Buhari of neglecting him and condemned the APC for “instituting a regime of a draconian clampdown on all forms of democracy”.
In a live Facebook message on December 3, as expected, the former Vice President officially declared his return to the PDP. 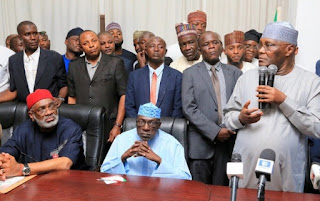 In an interview with Dele Momodu, the Publisher of The Boss magazine, Atiku noted that Buhari has wasted his massive goodwill, adding that he will defeat the president in 2019.

History of Atiku as presidential contestant