Police brutality and corruption appearances in Nigerian popular culture have been few.

Police brutality is nothing new. It has been going on for years but people are just talking about it now. 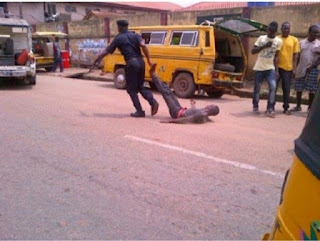 The reported atrocities of the Special Anti-Robbery Squad have put a spotlight on police brutality going on in the streets.

A quick search on Twitter with the hashtag #EndSARS will show you hundreds of (unconfirmed) horror stories ranging from wrongful arrests, illegal detention, extortion, torture and in some cases murder.
The collective outrage on Twitter and social media platforms is new but few Nigerian singers have been singing about police brutality subtly and directly for a while now.
On his classic solo debut ‘Face 2 Face’, 2face Idibia hinted on police brutality in the society on the skit ‘Police’. 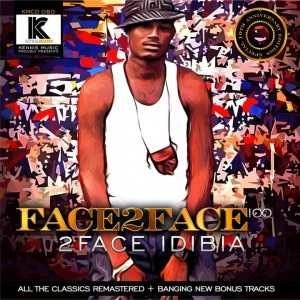 ALSO READ: Meet the SARS officer who is also a singer, Yomi SARS
In the famous skit, 2face and his friend are in a car. They get to a part of the road and are unsure if it is a police checkpoint or armed robbers ahead of them. Their dialogue is a back and forth guessing game which ends with the line “in short these days we no dey too sure again.” This line holds true for a lot of people.
After this dialogue embedded in one of the greatest CDs to have ever come out of Nigeria came out, two Naija pop acts sang about police brutality.
Within the same year, Blackface (2face’s group mate) released his debut album ‘Ghetto Child‘. On the politically conscious album, Blackface sang about an unlawful arrest in the track ‘Carry Us‘. 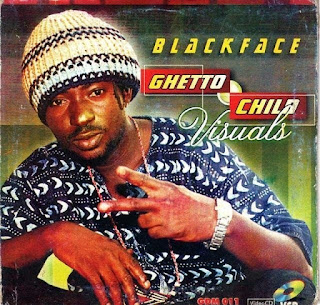 In 2006, on their second album ‘Get Squared‘, PSquare added a bit of social commentary with the song ‘Oga Police‘. 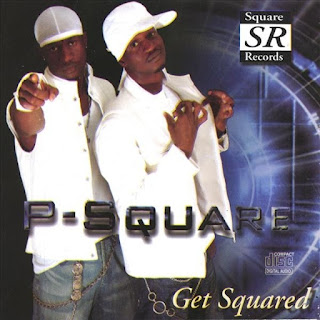 With wailing sirens in the background, Paul and Peter sing about an unlawful stop search. In verse two, they complain about an illegal raid and arrest. They end the song with the rhetorical question “Na wetin you go do for this life wey police no go come harass you.“
A year later a young D’banj joined the anti-police harassment wave when he sang ‘Mr. Olopa‘ on his second album ‘Run Down, Funk U Up‘. 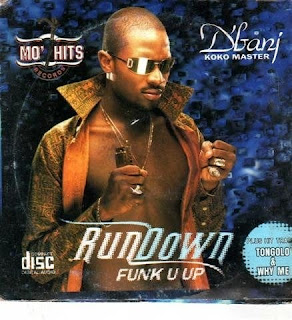 ALSO READ: Olamide joins SARS protest
In a richer narrative, D’banj narrates how he was unlawfully stopped and arrested by policemen for no apparent reason. Later on, the police would claim they found weed on him and charge him with robbery. Don Jazzy would be charged for accessory.
D’banj has never said if this song was fiction or true but the lines about physical assault and set-up are real enough for many young Nigerians who have been in this scenario too many times.
The victims of police brutality injustice and corruption are mostly the poor. Rich people don’t end up in cells for weeks, months and years.
As African China sang on his song ‘Mr. President‘,
“Poor man wey thief maggi
Omo, dem go show im face
for crime fighter [crime fighter]
Rich man wey thief money
Omo, we no dey see their face
for crime fighter.“
Rap music traditionally challenges authority and power. In 1988, the American rap group N.W.A released the seminal record ‘Fuck tha police‘. From here on, the likes of 2Pac to JAY-Z (listen to ‘99 Problems‘) would speak bluntly on the hate-hate relationship between African Americans the police.
The illegal shooting of young black men (and women) has done little to erase the notion that the police in America have it in for blacks.

Naija rap hasn’t exactly taken on the boys in black but M.I gets a special mention for his verse on the track ‘99 Problems‘ off his 2009 mixtape ‘Illegal Music‘ 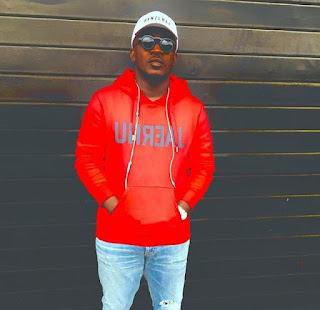 “I’ve got a problem with police on the streets/evil beasts on the rise like yeast/and they feast on the powerless/hour after hour is the same ol’ story/change is mandatory until they restore us to our past glory/the situation sucks/they make your life hell for 20 bucks/we are all sitting ducks” he rapped on the song.
In Nollywood, police men are generally depicted as corrupt, incompetent and lazy. There are tons of cop movies in Hollywood and Bollywood where police men are depicted as smart and intelligent officers of the law who crack cases and put the bad guys away.
ALSO READ: The Nigerian police needs to be more sensitive 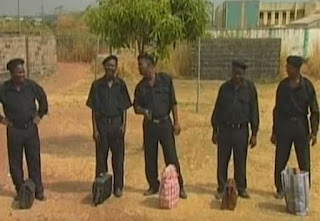 Police Recruit also highlights the problem of recruiting people with little formal education and shows the NPF as a disorganized institution.
Police brutality and police corruption happen on a daily basis in Nigeria. Songs and movies might not reflect the enormity of it but there are a few instances where they are mentioned.