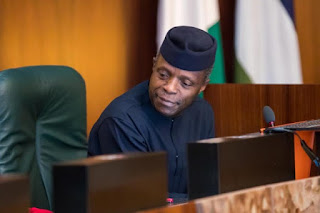 There are a few notable absentees from Wednesday’s council meetings.

The meeting started at 11am, as usual, at the Council Chambers and was attended by the president’s Chief of Staff, Abba Kyari, the Secretary to the Government of the Federation, Boss Mustapha, the Head of Service of the Federation, Mrs. Winifred Eyo-Ita and cabinet ministers excluding Minister of Justice, Abubakar Malami and the Minister of Interior, Abdulrahman Danbazzau.
The National Security Adviser (NSA), Babagana Monguno, was also absent from Wednesday’s meeting.
President Buhari’s absence is due to his ongoing 2-day visit to Kano State where he is expected to commission some projects executed by the administration of Governor Umar Ganduje.