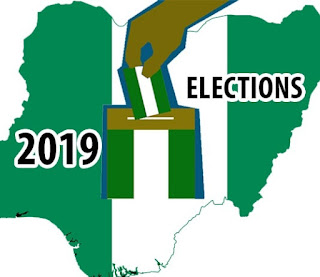 Mr Davies Ikanya, Chairman, Rivers All Progressives Congress (APC), has urged members to unite and strengthen the party’s political base ahead of the 2019 general elections.

Ikanya made the appeal when he led a delegation of the party’s state executives in continuation of their sensitisation tour to NGO town in Andoni Local Government Area on Monday.
The News Agency of Nigeria (NAN) reports that the sensitisation visit was in continuation of their tour of the local governments to mobilise the people for 2019 elections.
They have so far visited 15 of the 23 local government areas.
“Our coming to NGO town is part of efforts across the 23 local government areas of the state with a view to re-educate our members on the party’s operational guidelines,’’ he said.
According to him, it is necessary to check the activities of members, especially those who have either consciously or unconsciously engaged in some activities organised by a factional arm of the party in the area.
NAN reports that a factional local government executive of the party was earlier formed and led by Mr Mike Amakri, a member of the party in the area.
The factional group had petitioned against the state Party Chairman, Ikanya, who also hails from the area demanding for his sack.
Although their demand was not acknowledged, the party chairman said the act was insubordination to the party.
He said such action was punishable by the law of the party and he therefore, announced the suspension of members of the factional executives.
Ikanya also inaugurated a caretaker party executives to be led by Mr Jephter Alaka.
Attributing the activities of the factional group to greed and impatience, he warned members against acts capable of disintegrating the party.
Ikanya assured the members that the APC in the state was intact and could not be divided by any selfish group because members were all working toward the same goal to deliver victory to the party.
“APC is like a big house and in every big house people struggle to get something, especially when the thing in question is good but limited to a few persons.”
“Everybody cannot lead at the same time, we should learn to support our leaders with positive inputs that will move our great party forward,’’ he said.
Ikanya also urged the members to adopt available mechanisms for dispute resolution rather than sponsor unguarded statements in the media as such was not in the interest of the party.
In the same vein, the state Secretary of the party, Mr Emeka Bekee, applauded the rapid growth of the party in the area and welcomed over 400 new members who defected from other parties to APC.
He said that the gesture was an indication of victory at the 2019 general elections and urged the members to remain committed to the party.
The secretary also urged them to take advantage of the ongoing party registration exercise to register new members as well as revalidate their existing information.
Alaka, the Acting Chairman of the party in the local government, thanked the state executive for handling the issue of factional party activities in the area.
He promised to strictly follow the party’s guidelines and to ensure that members obtained their voters registration cards from the INEC designated centers.