Dokpesi said his visit to Kano was to remind delegates and party executives of his plea for their support for his aspiration, at the Dec. 9 national convention. 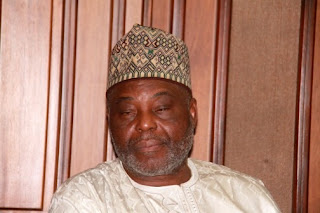 Dokpesi made the pledge while addressing zonal and state executive committee members and other members of the PDP during his campaign visit to Kano state on Saturday.
He said that he was aware that the goal of PDP was to win presidency in 2019, and assured that as national chairman of the party, he would not allow manipulation of the process.
“I am very conscious of the fact that our illustrious sons from Kano are looking forward to contesting for the presidency in the 2019 elections.
“First of all, we must have a party and the first step is to create a National Working Committee that I can work along with to ensure that there is justice, fairness and equity.
“I want to pledge firmly that there shall be a level-playing ground for all the presidential aspirants from the 19 northern states willing to vie for the office of the president.
“We shall not manipulate any regulation. We will be transparent, and whoever God has chosen may He allow him to lead us to victory in 2019.
“So, our choice of presidential candidate in 2019 will not be on the basis of wealth or accumulated money, but the human person that he is.
“I want to plead with you that it is the same criteria that we will use for the election of the chairman, we must use for the election of the president,” he said.
Dokpesi said his visit to Kano was to remind them of his plea for their support for his aspiration, for the state’s executive of the party and delegates to the Dec. 9 national convention to vote for him.
He urged the delegates to vote on merit, not on sentiment.
“I want to appeal to you to look at and chose anyone who you believe is ready to sacrifice for the party.
“Vote for anyone you know has been consistent with this party when it was raining and when we needed umbrella over our head.
“I want you to look at all the candidates and ask yourselves who among these candidates has been a bridge-builder and helped to reunite Nigeria. I am interested in Nigeria unity,” Dokpesi said.
He advised PDP members not to allow themselves to be used by the All Progressives Congress (APC) or any PDP member to destroy the party, especially those planning to hold parallel convention.
In his reaction, Mr Jinjiri Dutse, Zonal Auditor, who represented the National Deputy Chairman (North-West), said that the zone was preparing for the December convention.
He expressed Kano state’s support for Dokpesi, adding that the state would also canvas for votes from other states
in the Zone for Dokpesi.
Sen. Baraka Sani, who is vying for National Women Leader, said that Dokpesi had shown verifiable support to the party in many ways, at different times.
“This is what is expected from leaders. Tell us what we can verify, not to tell us something in the air. Let us see it, something we can touch or feel.”