Nigeria has a SARS problem that needs to go away

The public discontent with SARS is an issue that needs to be effectively addressed. 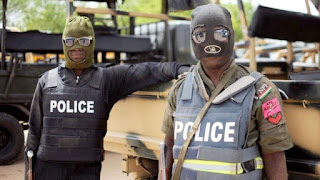 On April 16, 2014, men of the Special Anti-Robbery Squad (SARS) in Calabar, Cross River State, picked up a 300 level undergraduate of the University of Calabar (UNICAL), Derek Maurice, near his home.

A day later, on April 17, Maurice was among the six detainees that were killed in custody even though the officers alleged they were killed in a gun duel.
To cover up the extra-judicial killings, the officers involved sold the corpses of the victims to the Anatomy Department of UNICAL allegedly for N11,000 each.
Over the past few days, the internet has been awash with a lot of anger directed towards one of the country’s most notorious law enforcement units.
You only have to be on the internet for a few minutes before you encounter the narration of one ugly encounter with SARS and then stumble upon another one that’s just as ugly or worse with several stories of abuse: physical and sexual; stories of gross incompetence; and more worryingly, stories of extortion, exploitation and other criminal conducts as dastardly as casual extra-judicial killings such as the one experienced by Maurice and those other poor victims.
As Maurice’s case proves, this isn’t a new problem, Nigerians have just about had enough of it now and ready to take a stand against such an ugly mess.
SARS is one of the 14 units under the Nigeria Police Criminal Investigation and Intelligence Department. Their operations chiefly include arresting, investigating and prosecuting suspected armed robbers, murderers, kidnappers, hired assassins and others involved in violent crimes.
While they have a clearly defined role to enforce the law, their interpretation of it has been quite problematic.
I have never had any interesting personal encounter with any SARS operative, but I clearly remember when they were first thrown on the streets of my hometown a few years ago.
They were not revered for putting cuffs on armed robbers and kidnappers, they were largely feared for their savage harassment of “indecently-dressed” ladies and suspiciously too-decently-dressed men.
They didn’t operate by the law of probable cause, instead, they winged their interpretation of the law and you could find yourself in their crosshairs by something as simple as a tattoo, or ‘overgrown’ hair, or the possession of something as harmless as a laptop.
While that initial dread died down over the following months, they just merely evolved into more sinister tinkering of the law and assumed more roles for themselves that the law didn’t think sane enough to gift them.
When the 2016 World Internal Security and Police Index (WISPI) report ranked the Nigeria Police Force (NPF) as the worst in the world, the institution told Nigerians that the report was an attempt to “cast aspersions on the achievement of the police” and should be dismissed as “complete falsehood” because it “doesn’t reflect the achievements of the force”.
If only.
Nigerians know there’s a lot of truth to the report mostly due to what their experiences have been with officers of the law.
The Nigerian Police is not one that’s accorded respect for its pristine professional conduct, and that’s something that’s made abundantly clear by its SARS division (and a certain Head of the Police Public Complaint Rapid Response Unit ).

Last year, Amnesty International (AI), a human rights group, described SARS as “a police unit created to protect the people (that) has instead become a danger to society, torturing its victims with complete impunity while fomenting a toxic climate of fear and corruption”
The report revealed “a pattern of ruthless human rights violations where victims are arrested and tortured until they either make a ‘confession’ or pay officers a bribe to be released.
“SARS officers are getting rich through their brutality. In Nigeria, it seems that torture is a lucrative business.”

Of course, the report was also branded “a fantasy”.

2015, then-Inspector General of Police, Solomon Arase, split SARS into two units in an effort to curb numerous human rights abuses.
He mandated that the same officers cannot make arrest and investigate the same case, thereby, isolating the operational men from human rights abuses and other allegations.
Evidence suggests this has not worked out quite well.
The unit operates with the level of impunity that has made them the judge, jury and executioner of the helpless Nigerian.
So you groom well as a young man? You must be a Yahoo Boy.
Or you dress in an “unconventional” way as a young woman? You must be a prostitute that deserves to be groped for hiding God-knows-what.
Or how can you afford a car? Or how can you afford to use an iPhone in this economy? Or how can you be walking at night if you’re not a thief?
Since when has any of these become a crime?
Officers working for one of the nation’s most important law enforcement units do not realise, or willfully ignore, the fact that the laws of the nation is not a subordinate to their personal thoughts and ideals.
The whole point of their existence is following the letters of the law to bring criminals to justice and protect and serve law-abiding citizens who need their presence to remain safe.
On the contrary, the average Nigerian will readily treat a SARS operative with the same amount of caution and dread that they would afford a dangerous criminal intent on causing them harm.
After all, what is the difference?
A SARS officer will target you for what you have and extort you for it, same as a criminal.
A SARS officer will threaten to take your life if you don’t submit to his inappropriate demands, same as a criminal.
A SARS officer will illegally detain you and make ransom demands, same as a kidnapper.
A SARS officer will take your life if it serves his personal whims, same as a hired killer.
That’s what the personal accounts of many Nigerians indicate; and too many Nigerians have raised their voices this past week for it to be a mean-spirited campaign to sully the reputation of the institution.
Make no mistake that the idea of a SARS unit is one that’s very important to stemming the outbreak of heinous crimes in the country, more than we already have anyway.
However, the operational conduct of this current SARS doesn’t appear to be one that has only a few bad eggs straying from the line, they seem to all operate by the same official handbook.
Law-abiding citizens of the country are done with being used as cannon fodder for the impunity of the men that should be protecting their interests, getting marched down to ATMs to pay their ‘bail’.
No law-abiding citizen should fear for their lives just because they’re in the vicinity of a place where “police are responding to incidents in real life.”
The outrage, the outburst, the hurt that’s currently boiling on the internet should not be discarded as mere “frightening dreams” that Nigerians should “pray to God not to allow it happen”.
It’s a daily reality for a lot of innocent Nigerians.
That 2016 AI report concluded, “Our research has exposed the callous workings of a police squad operating outside of the law and inflicting daily brutality on Nigerians who are often legally powerless to defend themselves against criminal accusations, let alone from the torture meted out by SARS.”
Relevant authorities, such as the NPF hierarchy and, more importantly, lawmakers in the National Assembly, should listen to what’s a loud and clear customer service complaint and respond in the most responsible way possible.
It is time to solve our SARS problem. Too many innocent lives depend on it.