A proposal that outlines the plan for the appointment of the new ministers has been sent to the president. 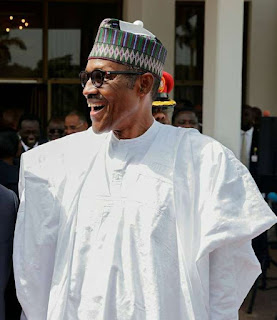 A presidency source has revealed that President Muhammadu Buhari is currently considering a plan to add 8 new ministers to his cabinet soon.

According to a report by ThisDay on Monday, November 14, 2017, a proposal that outlines the plan for the appointment of the new ministers has been sent to the president.
According to the source that spoke to ThisDay, the Ministry of Power, Works and Housing, currently headed by former Lagos State governor, Babatunde Fashola, will be split into three ministries, while separate ministries of Aviation and Marine Transport will be hived off the Ministry of Transportation currently headed by Rotimi Amaechi.
The source also revealed that the Ministry of Interior, currently headed by Abdulrahman Dambazau, may spawn a new Ministry of Police Affairs.
Six of the eight ministers will be selected from the country’s six geopolitical zones, with the remaining two picked from Lagos and Kano states.
According to ThisDay, the source said, “The proposal has been put together and sent to Mr. President for his final approval. It remains tentative for now, but if it meets the approval of the president, the announcement will be made public before the end of the month and the names of the nominees will be sent to the Senate for confirmation.”
While Dambazau is expected to be retained as the Minister of Interior, Fashola is likely to be reappointed to head newly-created Ministry of Works and Roads Infrastructure with the Ministry of Housing and Ministry of Power expected to be headed by appointees from the northeast, northcentral or southeast zones.
Amaechi will most likely be reappointed as the head of the Ministry of Rail Transportation while the current Minister of State for Transportation, Hadi Sirika, is expected to be made the Minister of Aviation, while the Ministry of Marine Transport is expected to go to a new appointee.
The source told ThisDay that the new appointments will be done in consultations with state governors.