Still no word from NFF, Nike on new jersey used against Algeria

The new kit is green, the national colours as usual but this time with a touch of greenish grey. 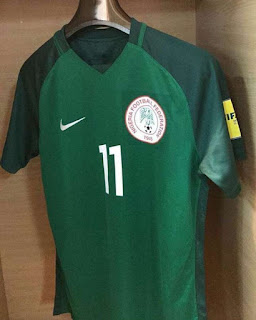 The Super Eagles of Nigeria used a new jersey for their 2018 FIFA World Cup qualifier against Algeria on Friday, November 10.

It was to the surprise of many that the Super Eagles were in a new strip different from the one they have used in the last 12 months.

The new kit is green, the national colours as usual but this time with a touch of greenish grey on both arms, sides and the neck.
The Nike logo is on the right chest area while the Nigeria Football Federation (NFF) badge is on the left.
The NFF are yet to make any statement on the new kit and all efforts to get words from them have been futile. 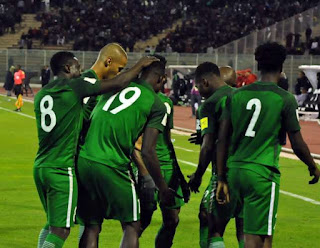 Although very likely, it’s still unknown if the new kit will be the 2018 FIFA World Cup jersey of the Super Eagles.
A Super Eagles players who did not want to be named told Pulse Sports that they were just handed the jerseys without any explanation.
“We were just focused on the game, nobody informed us or explained the new kits,” the Super Eagles player said.
PayPorte, the official online shop of the NFF do not have any information of the new jersey on their website and any of their social media platforms.