These are five things we learnt from Super Eagles’ 1-1 draw away at Algeria. 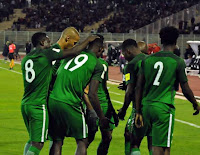 The Super Eagles of Nigeria played out a 1-1 draw with Algeria on Friday, November 10 to round-up their 2018 FIFA World Cup qualifiers.

John Ogu opened the scoring for Nigeria in the 62nd minute with a fine shot from the edge of the 18-yard-box before Algeria equalised late-on.
These are five things we learnt from the game

1. Ezenwa can’t be Super Eagles first choice
This was Ikechukwu Ezenwa’s fourth appearance for the Super Eagles and it might be the end for the FC Ifeanyiubah goalkeeper in the national team. Against Algeria, Ezenwa was a suspect, especially during set pieces. He almost cost a goal when he spilled a cross before an Algerian pounced to head over the bar. 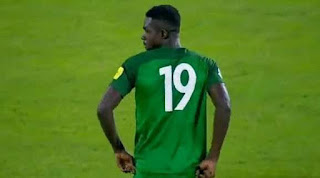 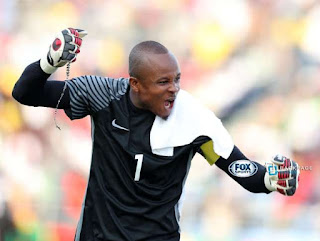 With his performances, Gernot Rohr should be looking for more options ahead of the World Cup.
2. Shehu Abdullahi has made the right-back position his own
Abdullahi’s stint as Super Eagles right back was never incontestable. A known midfielder, Nigerian football observers and critics were all waiting for better options for the Super Eagles right-back position.
Following a Man of the Match performance against Zambia in October, 24-year-old put in another solid shift to seal his spot as Super Eagles number one right-back.
With Ola Aina likely to challenge for left-back position and Tyronne Ebuehi apparently not trusted by Rohr, Adbullahi is the best right-back in the Super Eagles squad.
3. John Ogu should be a starter