Taiwo, 39, whose address is unknown, is facing four counts of conspiracy, fraud, issuance of dud cheque and stealing. She denied the charges. 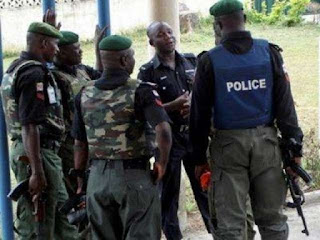 A businesswoman, Omirafe Taiwo, who allegedly defrauded a retired Assistant Police Commissioner of N20 million, was on Thursday, November 9, charged before an Igbosere Magistrates’ Court in Lagos.

Taiwo, 39, whose address is unknown, is facing four counts of conspiracy, fraud, issuance of dud cheque and stealing. She denied the charges.
But Sgt. Friday Mameh, the prosecutor, insisted that the accused and others still at large, conspired and committed the offences at Lekki Phase 1, Lagos, between April and September 21.
He said the accused fraudulently obtained N20 million from the complainant, retired Assistant Commissioner of Police Noah Adeosun, under the guise of selling a building to him.
Mameh alleged that on June 29, the accused issued a dud cheque for N20 million in favour of the complainant.
According to the prosecutor, when the cheque was presented, it was dishonoured due to insufficient funds.
The offences contravened sections 287, 314 (1) (2), and 321 (b) of the Criminal Law of Lagos State, 2015.