With a series of injuries, Super Eagles fringe players will be looking to grab their chances against Algeria.

With the Super Eagles of Nigeria beset by injuries, Friday’s dead-rubber game against Algeria represents an opportunity for fringe players to stake their claims to the World Cup places. 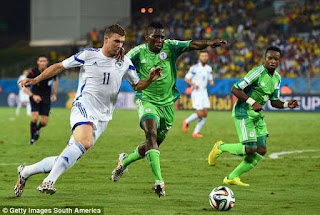 Victor Moses, Odion Ighalo, Ogenyi Onazi and Mikel Agu are among the players missing from the Super Eagles squad for their trip to Algeria.
Whilst Super Eagles boss Gernot Rohr is without some of the biggest names in Nigerian football, the players who remain in contention are rubbing their hands in anticipation.

These are key players and them missing out of these games is not something to be happy about but as the coach has said, players that haven’t had the chance to play will get the chance,” Super Eagles midfielder John Ogu told aclsports. 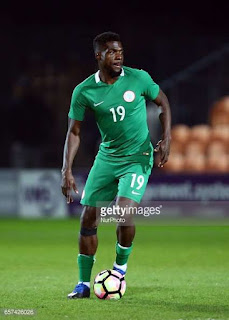 That’s why we’re here. We are all here to help each other, to work hard and to fight for the country and that’s what we’re going to give out against Algeria and Argentina.”
With Onazi, Agu missing with injury and skipper John Mikel Obi not expected to start after arriving late in camp, Ogu is expected to be given a chance. 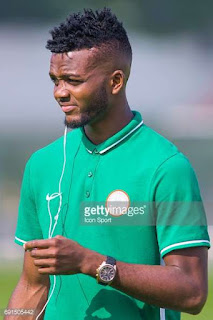 The Hapoel Be’er Sheva midfielder has been in the Super Eagles squad for four of their five 2018 FIFA World Cup qualifiers -before Algeria game- but never got any minute.
Ogu has been the most consistent Nigerian midfielder (after Wilfred Ndidi) in the last two years but the intense competition for places in Super Eagles midfield has limited him to just few game time with the national team

Rohr has confirmed that he will be using his fringe players for the clash against Algeria with Chidozie Awaziem, Kenneth Omeruo, Ola Aina, Anthony Nwakaeme and c waiting to start.
Awaziem will be looking to make an impression after his forgettable performance in his last Super Eagles start-the shocking 2-0 loss to South Africa in June. 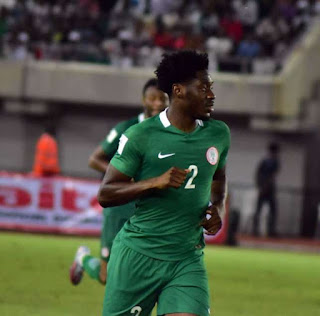 For Omeruo, it’s a chance for him to reclaim his status having lost his place under Rohr. When the 24-year-old marshalled Super Eagles defence to Africa Cup of Nations (AFCON) title in 2013, many expected him to be a longterm linchpin in the national team. Loss of form partly due to his nomadic club career has, however, kept him out of the team. 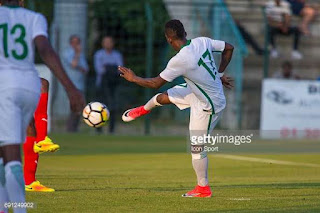 Aina who just made his Super Eagles debut in the 1-0 win over Zambia in October, making a late substitute appearance in place of injured Elderson Echiejile. The London-born right back is much unknown to Nigerian football enthusiast and the game against Algeria presents a chance for him to announce himself.

Nwakaeme is a proven goal scorer in the Israeli Premier League where he has won back to back league titles with Hapoel Be’er Sheva. He is still without a Super Eagles cap since he got his first call-up for the doubleheader against Cameroon in August/September. 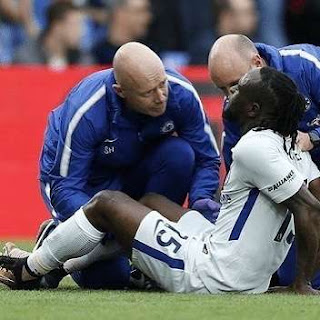 The 28-year-old will be looking to get some minutes against Algeria to make an impression on Rohr.
Onyekuru lit up the Belgian First Division A last season with Eupen where he scored more than 20 goals. This season, he has continued his impressive form scoring several times for Anderlecht where he is on loan from Everton.
The youngster is however yet to convince Rohr and the Friday game against Algeria presents the chance for him to prove he belongs in the national team set-up.
Deportivo de La Coruna goalkeeper Francis Uzoho, Dutch-born Tyronne Ebuehi and 21-year midfielder Uche Agbo are also looking for a chance to impress.