Soldier shoots student for refusing his advances in Plateau

A soldier sent to provide security for the people of Plateau State almost snuffed the life out of a teenager who refused his sexual advances. 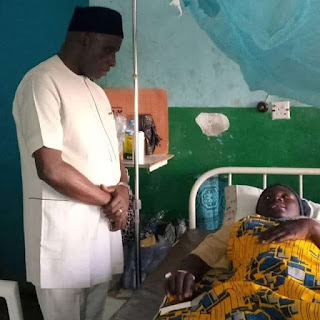 A soldier who is a member of the Operation Safe Haven stationed in Plateau State has sent a 17-year-old secondary school student, Simi Danladi, to the hospital after he shot her in the leg for refusing his sexual advances.

The young victim who is now battling for her life at the Plateau Specialist Hospital, according to a youth activist, Friday Bako, was shot by the unnamed soldier at a checkpoint during a protest over the death of two young boys last month in Riyom Local Government Area of the state.
Bako who wrote about the sad incident on his Facebook wall narrated that the soldier had been disturbing the girl for a relationship but when she constantly refused, he vowed to deal with her.